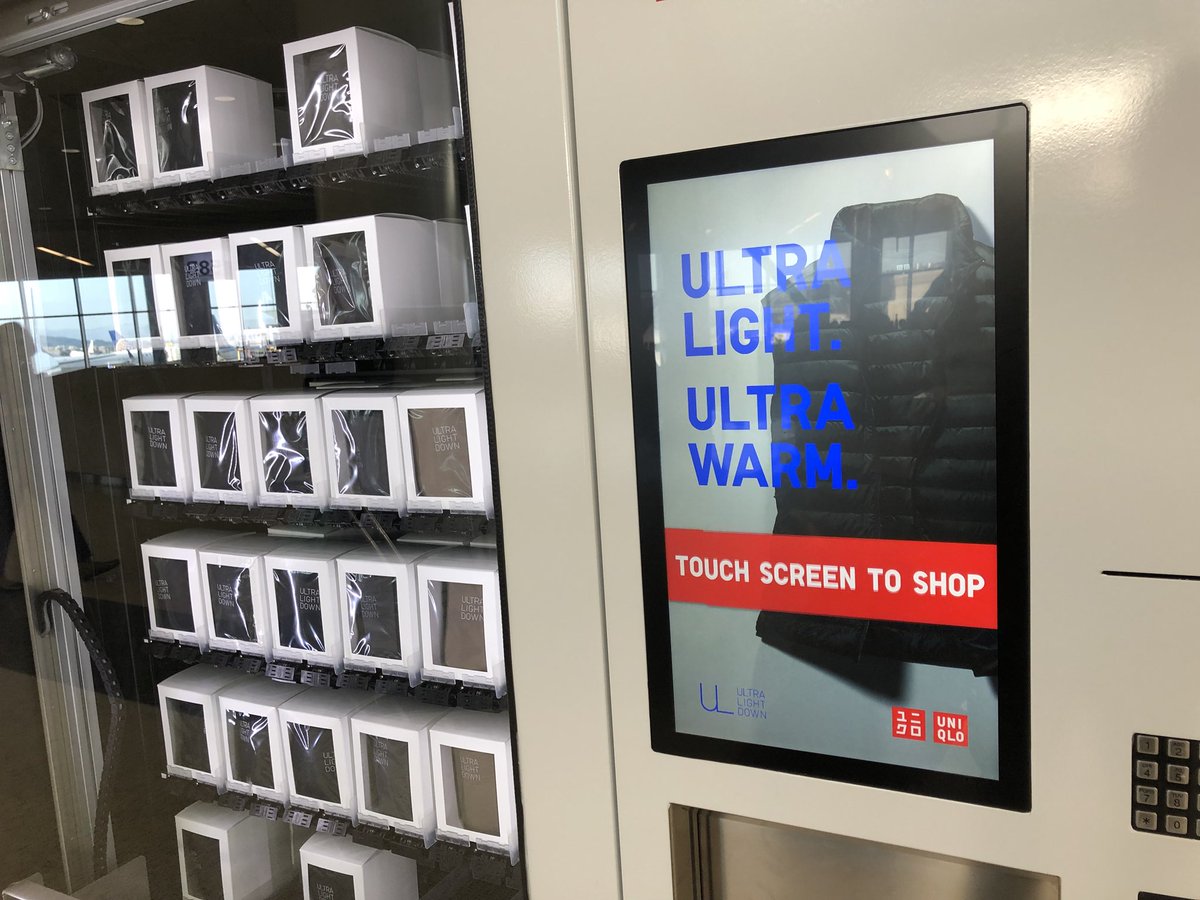 A vending machine at San Francisco International Airport is creating quite a buzz. The machine dispenses Uniqlo brand jackets and vests inside Terminal 2.

Uniqlo began selling clothes out of vending machines, named Uniqlo To Go, in airports and malls across American last year. The machines generally stock two of the Japanese retailers’ most popular items; a thermal heat-tech T-shirt and a lightweight down jacket in a selection of colours.

It’s quickly become one of the highest-earning vending machines that its leasing tenant operates at the airport. ‘This is the first time we’ve had clothing available for sale from a vending machine, which we thought was very unique,’ Yakel told Business Insider.

The fast fashion retailer will roll out 10 vending machines over at airports and shopping centres in several major US cities, with the first Uniqlo To Go machine already up and running at Oakland International Airport in California.

Customers can also return them at a store or by mail if they need to. The Japanese retailer is currently the world’s third largest retailer behind both.